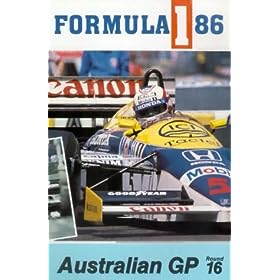 It is difficult to try and add anything to the excellent series of articles titled "Secret of Great Teams" featured on Fortune magazine last year, but here are some F1-based thoughts on competitiveness in the work environment:

I still remember the famous 1986 season where the Williams team built what was considered the best car of all times. They also had two stars at the helm of its two technological marvels: Nelson Piquet (BRA) and Nigel Mansell (GBR) .

Both led the entire season head-to-head in bar-brawl mode with some hints of sabotage between the two. The infighting reached its apogee at the very last race when Alain Prost snatched the title with a slim margin of 2 points over Mansell and 3 points over Piquet. Mansell and Piquet could have easily helped each other win the race by holding Prost for the other to win.

It is nice to remember those glorious days when Brazilians ruled F1, first with Piquet, later with Senna.

More to the point of your post, that happens a lot in the corporate world as well - the competing teams that instead of joining forces try to out-code each other, only to be later killed in the market by a more focused start-up or open source project.

This seems to be a real life illustration of the Nash_equilibrium. (Sort of similar to the Prisoner's_dilemma, but since there are more than two competing, not exactly)