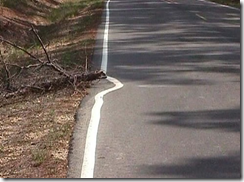 This is not what you are thinking, I don’t want to form a union. In fact I wouldn’t want to join an union even if someone bothered to form one.

However, in a large organization, whatever power is not lost to organized labor is often lost to disorganized operations, diluted through excessive, and often unnecessary, divisions of power through the ranks.

Separating function by excellence and capacity

I think specialization is a wonderful thing. Focusing on a particular skill can transform a merely competent engineer into a good engineer, if not a great one. If someone is excellent at, let’s say, database development, and I mean walking-over-the-water excellent, it is counter-productive to try and make that person spend part of his time dragging himself through product planning meetings. Assigning database development to him just makes sense. That is the “excellence” criteria.

I also have no problem with delegation of responsibility spawning from an overworked function, where a single person clearly cannot execute both tasks. While separating the function, I tend to prefer *delegating* the function from the overworked person, rather than *separating” the function, unless the receiver of the new function is clearly excellent at it and can operate virtually independently. That is my “capacity” criteria.

Favoring delegation over separation tends to favor a democratic decision process over a distributed one. In a democratic process, one or few people make decisions after consulting subject matter specialists. In a distributed process, there are endless meetings because no one has the skills to know what should be done, but plenty of other ‘deciders’ to scatter the blame when the inevitable failure ensues. There should be no confusion between a centralized decision process that is transparent to many with a distributed process carried out by many.

Arbitrary separation, or “the unionization”

A distributed (or diluted) decision power is often the result of arbitrary division of responsibilities, where the functions are separated without meeting either the “excellence” or the “capacity” criteria. It is interesting to observe how otherwise wilful colleagues suddenly fall in “union” mode when placed in a team setting like this, avoiding making a decision they are clearly capable of because the responsibility owner is the one who is assigned to make it. Let it fester, and a team can be thrown back to the hellish days of GM assembly lines being shut down for a day because the guy who screwed the lugs of the left-front wheel called in sick.

When you need a better player, not a new one

If you ever watched a rally race (highly entertaining,) you observed an optimal separation of function: one person drives, the other navigates. Navigation says “hard left”, driver turns left…hard.

Now imagine that sometimes the driver misses a shift or two. Is it better to assign extra practice to the driver or move the navigator to the backseat, install a clutch pedal on the passenger side, and introduce a secondary driver that can focus only on shifting gears? It shouldn’t take more than a rollover or two before someone can answer that question.

What if I have many players, but not excellent ones?

In my experience, a team leader should make a point of making each of them excellent at something. If you have someone inexperienced, choose something small and make him excellent at it. And by “make him” excellent, I don’t mean assigning the responsibility for something and hoping experience will make up for it. What I really mean is “train, orient, and demand results”, which implies you mastered the skill yourself or have someone onboard who has. Don’t think “coaching” here, coaching is but a technique and a wrong one depending on the occasion. As a colleague and great team leader once wrote: “don’t be a team hugger, be a team leader”.

Think drill sergeant minus the cursing. Once your team members start to fall in one area of excellence or another, you should need less team members, be able to cut down on your communication matrix, and focus on delivering results versus keeping the illusion of collaboration through communication chatter. The team members you must lose will have marketable skills to bank on, not to mention that while learning to be excellent at something they will also have learned how to become excellent at anything they choose.

I used to be upset about training someone just to see him taken away to work on another project, but come to think of it, after shipping a successful product, the next best, and more frequent, accomplishment in my career has been the training of green new hires that were later disputed by multiple teams.

For managers, I think this means approaching task assignment with a tighter grip on the deep technical skills available on the team and the skills required to complete the project, focusing on keeping the team as small as possible. Someone with excellent social skills may not always be the better choice over that zOS-expert-perennial-jerk in “B” isle; a jerk can always be told to be less like himself for three months, the smiley face cannot be urged to absorb years of experience before the project begins. The alternative? Forming a little “team-union” of two.

Passion for the business or for the craft? 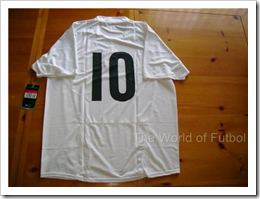 I used to be an avid soccer fan many years ago, an affection punctuated by the rivalry between two local teams in my home state. That rivalry extended in a good-natured way to the relationship between my father and I, each siding with one of the opposing teams.

His team, the Corinthians Sports Club - for some obscure reason I must cheerfully point out to be in terrible shape nowadays - used to have this goalkeeper, Ronaldo, which only his team fans could stand. They adored the guy, a young kid who progressed through the junior divisions all the way to the professional team.

He was not only good, but very passionate about the club, as we call the privately owned companies that control the soccer teams in Brazil; in the field, he would angrily chastise anyone who did not carry their weight during practice or, even worse, during official games, when he often verbally assaulted whoever he perceived as a slacker.

At one time, with the bonus payments lagging a couple of months and the team owners starting to talk about renegotiating some of the salaries, many players started to publicly complain and threaten to strike. The news organizations, ever eager to capitalize on controversy and knowing that Ronaldo would not mince words, asked him about the situation during an interview, to which the answer came in a mixture of reason and his characteristic zealotry:

People are complaining about late bonuses and giving interviews on how they also have to make a living like anyone else. Now you walk to the parking lot and see what they are driving [mentions of expensive car brands]…the executives will sort this out, but the players need to understand that there are days wearing the Corinthians’s shirt should suffice.

Much later in his career, a couple of years past his best years, Ronaldo, who vowed to retire playing for the team of his youth, was replaced by a younger goal keeper. With a few more years in him - and with the bills still coming – Ronaldo took on less glamorous stints on smaller teams, ending his career on a melancholic note: wherever he went people knew he was playing for the money and not for his team of choice.

Passion for the business

Ronaldo has proven with his history and rhetoric that performance, passion and compensation are tightly interwoven, if not as cause-and-effect variables, at least as expressions of each other. A high-performer is bound to draw better compensation and develop the kind of passion expressed by Ronaldo, an almost divorced view of work and compensation, not because they are actually divorced, but because after a certain limit compensation alone cannot motivate a high-performer.

I can appreciate Ronaldo, professional player, demanding performance from colleagues in the field, but I did not like Ronaldo, loyal shill, exhorting people to wear the team’s shirt as a form of compensation.

I use the above story as a counterpoint to situations where leaders demand a passion for the business. My first objection is that boundless enthusiasm cannot be demanded; maybe fostered, but not demanded. It follows that people who demand a passion for anything often do not understand what it means to be passionate about it.

Too much to love

When the business is just too big to be understood, it is difficult to love it. It doesn’t help matters when the bottom layers are broken down into other layers, further increasing the distance.

I tend to focus more on the mission of the two or three layers above me, which narrows it down to people I actually work with and see it in the flesh every other day. To me they are like temporary family: I do as much as I can for them and give them a hard time now and then when I don’t think they are at the top of their game.

With the right alignment of the planets, a mixture of clear speak from line management and working very close to the people who will actually use my work to help their business, I am very enthusiastic about it.

Passion for the craft

Compensation? I like to see it as a form of sponsorship, where I am freed to do what I really like on a regular basis without being distracted by checks bouncing at the end of the month. My colleagues tend to appreciate how I do things and the things I can still do for them, not caring much for the teams I have joined in the past. The difference is subtle: I follow a tangent on Ronaldo’s model, letting the work be my own compensation with the caveat that *actual* compensation must stay above a level where I do not have to worry excessively about it.

This would be my unsolicited bit of advice to any leadership team: promote a passion for the craft rather than demanding a passion for the business. That is empowerment over chastisement. People who understand their craft are more likely to be enthusiastic about it, when people discover they can learn something new and become good at it, they are inspired; with any luck, even passionate.

When people are enthusiastic about what they do, and that boundless enthusiasm is backed by technique rather than unchecked madness, customers tend to love it too. And when that feeling of elation comes out of succeeding at a task or beating a competitor, chalk one up to a job well planned and executed, not to passion for the business.

Ronaldo, for all his good intentions, mistook sponsorship for loyalty and betrayed what should have been love for the sport, not for his employer.