DevOps: On walls and trenches

A few years back, a colleague introduced the notion of DevOps to an internal large audience as "we want to be more like [insert your favorite SaaS startup here]", much to the delight of various management and executive teams, besieged with mounting back-pressure in the sales pipeline as a result of long customer deployment cycles.

The enthusiasm after those types of sessions stems from the general notion that a new world of productivity ensues once the walls come down between the development and operations teams, with multiple deployments a day, with every new feature reaching customer hands minutes after delivery to code streams. Ready for usage, ready for sale.

Beware the strawman. Within hours, one may have a demolition crew, looking for the walls about to be brought down, hammer in one hand, clenched fist on the other, both united by a chest full of seething rage against the walls. If you ever find yourself leading such a mob, pause for a moment...actually for two moments, during which I need to offer you the most important advice in the art of bringing down walls: "know thy wall".

Sometimes organizations do not operate their products, they simply build them and sell them to other shops, who are then responsible for standing up hardware, loading up the software and relying on a long chain of support streams to relay any software problem back to its manufacturers.

As a software developer, you are insulated from the good and the bad. There is little access to feedback on how the software is used by end users, even less feedback about how it is installed, configured and managed. There is also less contact with upset customers and minimal exposure to the funny hours at which the systems decide to act up on the myriad of defects that may escape the development cycle.

If an organization operates under that model, it is living inside a bunker. That is understandably the audience most attracted to the wall-bashing revolution, but for the wrong reasons. Energy would be better spent moving into a SaaS business model than attempting to influence operations teams likely outside their control.


Why was it built?

Assuming you passed the first test, you are doing at least SaaS and you have a proper wall between your development and your operations team.

Refrain from a complex of grandeur and realize your wall is not of the tyrannical country-splitting kind, but of the garden-variety blueprint, such as the ones built for property protection, sound insulation or soil retention. In other words, unless the underlying motivations behind the construction of the wall were addressed over time, your wall still serves a purpose.

The reason most walls between development and operations were built is because (and brace for the bar brawl) software development and systems administration are fundamentally different activities.

A software developer is specialized in shaping up a deliverable from thin air, from inception, to elaboration, to construction (coding, testing), to transition (to operations) . Resist the urge here, for a moment, to declare this the "old way" of building software, because these phases still exist even in the wildest agile lean-guild-squad-pizza-night-sleeping-in-the-office deployment cycles.

System administrators are specialized in planning deployment cycles, provisioning systems, wiring them together, loading them with software, rigging everything with probes and hoping the systems stay really quiet and out of sight while repeating the entire cycle.

A thinner wall is still a wall

I have been on both development and operational sides of the wall and it is really disheartening to see the amount of misinformed passion thrown into the conflation of the continuous pipelines advocated in the DevOps method with the conclusion that development and operations can be unified under a single organization (or tribe if you are so inclined) .

Mix passion, misinformation, a pronounced shortage of trained system administrators, and many organizations may soon find themselves falling in the trap of really tearing down the walls and start assigning their SaaS application developers to operate the platform. Soon they start to realize what was behind that wall: operating systems, security patching, operational architecture, scalability for log retention systems, compliance, alerting policies, escalation policies, on-call schedules, maintenance windows, war rooms, and many other tools and processes that will eat into the development resources disproportionally to the time invested into retraining developers to perform those activities.


As software development manager, if you are ever invited by someone with a hammer for a wall-tearing party, politely redirect the conversation to a proper read of "The twelve-factor app", and emphasize the need of getting rid of the trenches (see below) versus tearing down the walls.

I have seen many debates along the lines of the excellent comments section on "I Don't Want DevOps. I Want NoOps", which conflates the reduced operational costs of running an application on top of a PaaS stack with having no operational needs whatsoever. I can attest to the reduced costs of development and operations in such arrangement, but they are still distinct activities that require a different skill set unless one tries really hard to confuse the development of operational tools (e.g. an automated generator of trouble-tickets) with the development of the application providing the function to the end-users.

Beware of the trenches 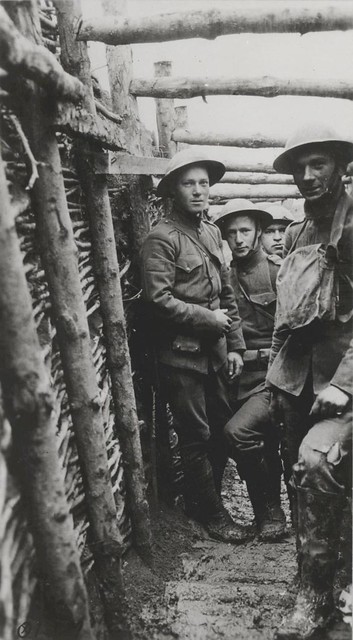 The worst enemies of faster delivery cycles are not walls between development and operations, but rather the trenches both camps have dug over time. The true DevOps allure is really in getting both sides out of the trenches and shaking hands.

A few examples of software features loved by the operations teams, where continuous interaction and improvements can really make the software shine on the operations floor:

A few examples of things the development teams really appreciate from their operations organization:

Many developers will point out that nothing stops them from coding back-doors into the system to get access to the system data, but there should always be full-disclosure of such back-doors to the operations team, at best so that there is awareness, at worst so that compliance laws are not violated (e.g. a backdoor that allows access to user information could be in direct violation of privacy laws) .

OaaS, the trenches reinvented, for better or worse

It is a new world of productivity where smaller organizations can put out complex solutions that would rival a large organization from 10 years ago.

Development, provisioning and monitoring tools have become accessible to the point of reaching critical mass of adoption, whether as commodities available for local deployment in a data center or as full-fledged SaaS offerings that obviate the need for local deployments. That said, tools, systems, and processes are not at the singularity point where operations can be treated as an extension of a development cycle.

There are nascent efforts in Operations as a Service that will be very interesting to watch in the coming years, specially in relation to PaaS offerings and how much customization will be offered by OaaS providers to fit existing DevOps pipelines. It will be even more interesting to measure their success against DevOps pipelines being made increasingly available as add-ons in the PaaS offerings themselves.

Realistically, I think OaaS will be a niche offering akin to software development outsourcing, with the accompanying explanations on how this time it will be different than the first time (other than it won't) .

In my opinion, the current crop of companies co-opting the acronym are doing a disservice to what true OaaS should be: a natural evolution of PaaS where a standard (we still do those, right?) will need to be created to establish the interfaces between applications and the operations floor before any mass progress can be made on shielding development organizations from attempting to master operations, while still allowing the development teams to retain full control of their DevOps pipelines.